“How to envision a system, then, that would no longer follow a biocentric naturally selected/dysselected bioevolutionary teleological logic and necessitates accumulation, but rather engenders a worldview and outlook, reconceptualized, in new meta-Darwinian terms, from the ecumenically human hybrid perspective of our Third Event origin as a species as homo narrans?” Sylvia Wynter and Katherine McKittrick 2015

After we learned at our last meeting from Sylvia Wynter that behind the so-called anthropocene stands not “the human” as a species but a certain genre of the human that was born in the province of Europe during the transition from the middle ages to modern times and since then has been spreading replicatorily throughout the entire planet in the course of colonial history, transforming it into a globe, in the next session we want to turn to another text by her from the 1990s.

In December we will discuss “1492: A New World View”, an essay written on the occasion of the more than ambivalent anniversary in 1992 of the conquest of the Americas by Columbus and other white European men, which raises the question in how far this event is related to current debates about an imminent climate catastrophe. The leading question in this context will be to what extent Europe’s colonial history of several hundred years already represents a first ecological catastrophe, in the context of which MAN1 first decided at the end of the 15th century who belonged to humanity and who did not and since the 19th century MAN2 finally interlinked biology and economics in such a way that today it seems almost impossible to imagine other genres of the human outside of homo economicus, although this is exactly what it should be all about.

“Can we therefore, while taking as our point of departure both the ecosystemic and global sociosystemic ‘interrelatedness’ of our contemporary situation, put forward a new world view of 1492 from the perspective of the species, and with reference to the interests of its well-being, rather than from the partial perspectives, and with reference to the necessarily partial interests, of both celebrants and dissidents? The central thesis of this essay is that we can.” Sylvia Wynter 1995  https://kupdf.net/queue/sylvia-wynter-1492-a-new-world-view_59f8bb34e2b6f5287a8c9454_pdf?queue_id=-1&x=1576745227&z=Mi4yMDUuNjkuMTU4

A short interpretation of Wynter´s conception of the human from a posthumanist perspective by Birgit M. Kaiser and Kathrin Thiele is online as well:

Please try to read Wynter´s essay before our meeting. If you are not able to do so time-wise you can of course join us nevertheless. Sessions are held in English but other languages are welcome. Translation is our common duty. 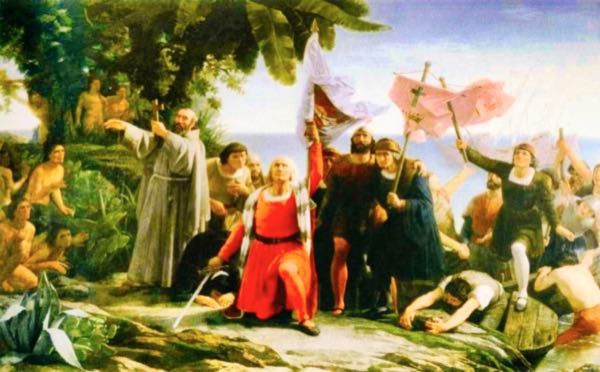