In Capital and Time (2018), Martijn Konings reminds us that capital’s measures and calculations are performative devices that play an essential role in generating the very surplus they are envisioning. This performative and speculative aspect of value capturing is crucial if we want to approach financial matters creatively and re-think value at the end of the economy as we know it. How do we transform the traditional modes of value capture – and exposure – embedded in the current economic infrastructures and re-open them for the benefit of commons-oriented economies? How do we convert economic loops into social and artistic flows (and vice versa)? Ultimately, attempts to redefine financial processes gesture towards a shift from the conservative neoliberal subject of interest to the protean figures of the futurial conservationist, the radical commonist, and the transindividual metastable ensemble.

This presentation stems from three years of intensive collective experimentation in the field of cryptoeconomics and alternative finance as a core member of Economic Space Agency (ECSA). In recent years, a number of initiatives have sprouted around the new possibilities offered by blockchains or distributed ledger technologies and cryptographic computational tools to invent new modes of collective valuation and self-organization at scale. Operating within this emergent blockchain space and bringing together radical economists, software engineers, artists and social theorists, ECSA has been conceiving of derivative finance as an expressive medium that holds the potential to exceed the restrictions and extractive procedures of the current market economy.

Erik Bordeleau is researcher at the SenseLab (Concordia University, Montreal), fugitive planner at the Economic Space Agency (ECSA) and affiliated researcher at the Center for Arts, Business & Culture of the Stockholm School of Economics. He has recently taught a series of seminars in critical cryptoeconomics at the School of Disobedience at Volksbühne (Berlin).  With Saloranta & De Vylder, he is developing The Sphere, a p2p community platform for self-organization in the performing arts. He is based in Berlin and enjoys, from time to time, the discreet charm of the precariat.

Supported by the Senate Department for Culture and Europe

Februar 2020: Anders Carlson, Theatre Academy of the University of the Arts Helsinki 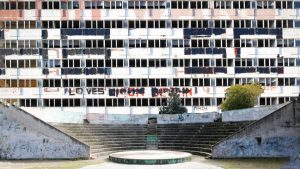 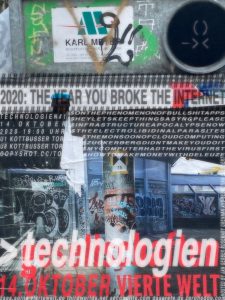