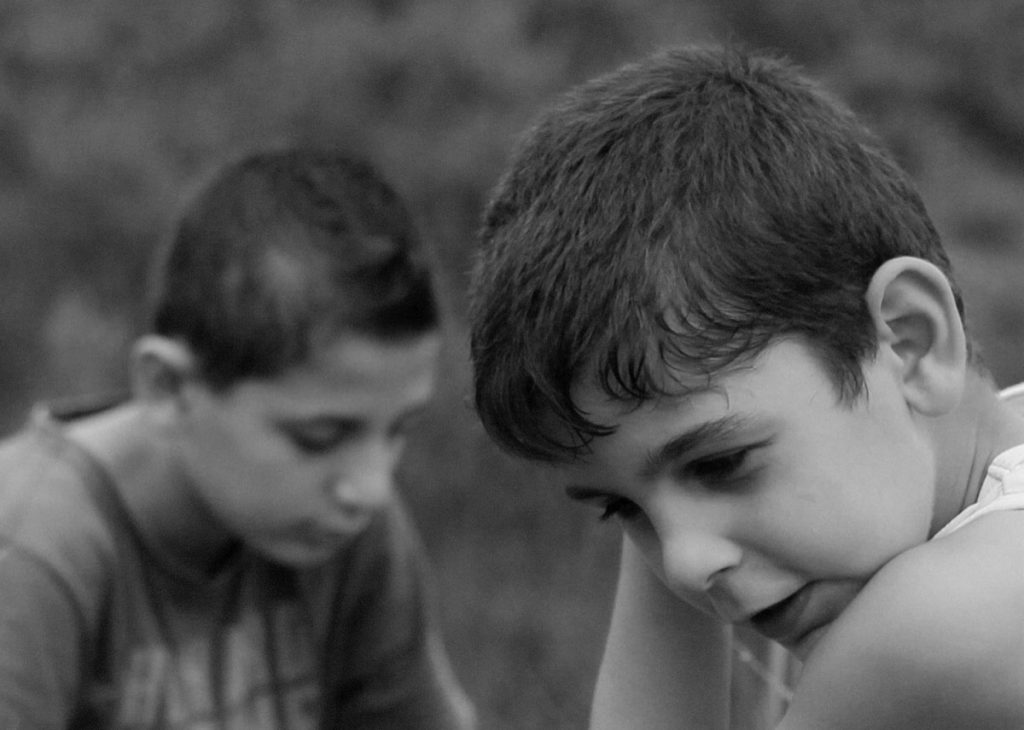 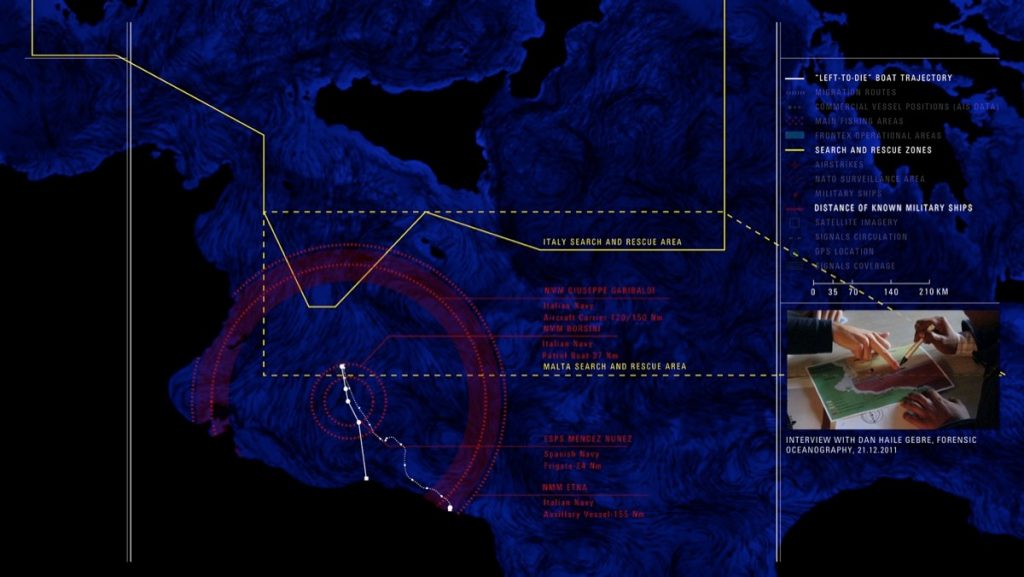 Liquid Traces reconstructs the “left-to-die boat” case, in which 72 migrants were left to drift for 14 days in NATO’s maritime surveillance area at the height of the 2011 war on Libya.

Produced within the Forensic Oceanography research project, as part of the ERC funded Forensic Architecture project, hosted by the Centre for Research Architecture at Goldsmiths, University of London.

Charles Heller is a filmmaker and researcher whose work has a long-standing focus on the politics of migration. He is currently completing a PhD in Research Architecture at Goldsmiths College on the politics of mobility in the Mediterranean Sea, and is a research fellow of the ERC project ‘Forensic Architecture’. He is one of the founders of the WatchTheMed project, a participatory online map to document deaths and violations of migrants’ rights at sea.

Lorenzo Pezzani is an architect based in London. His work deals with the spatial politics and visual cultures of migration, human rights and media, with a particular focus on the geography of the ocean. Since 2011, he has been working on Forensic Oceanography, a project that critically investigates the militarised border regime and the politics of migration in the Mediterranean Sea, and has co-founded the WatchTheMed project. He is currently a PhD candidate and research fellow at the Centre for Research Architecture (Goldsmiths College) and teaches at the Bartlett School of Architecture (UCL).

Sudeuropa examines the ways in which European and Italian immigration policies materialize on location by reconfiguring space, time and the daily life of the Italian island Lampedusa.

Maria Iorio and Raphaël Cuomo have worked together since studying Fine Arts in Geneva. From 2006-2007, they were both appointed as researchers in the Fine Art department of Jan van Eyck Academie, Maastricht. Their recent long-term and collaborative projects, carried out on both southern and northern shores of the Mediterranean Sea, investigate the economies of visibility in relation to past and present mobility regimes over the shores of the Mediterranean Sea.

The resulting body of works manifests divergent histories or unfinished negotiations that account for an entangled modernity. Twisted Realism, their ongoing project in Roma, researches the reconfiguration of urban space after World War Two and its depiction in Italian cinema in the period of post-war reconstruction and “economic miracle”. By critically examining various “aesthetics of reality” and the merging of political power and cinema, the project proposes a convergence of past and present to question the intertwined histories of migration, urbanisation and cinema.

Iorio and Cuomo have shown their work in various exhibitions, projects and festivals including The Maghreb Connection – Movements of Life Across North Africa, curated by Ursula Biemann, and in the framework of Chewing the Scenery, curated by Andrea Thal, at the 54th Venice Biennale.