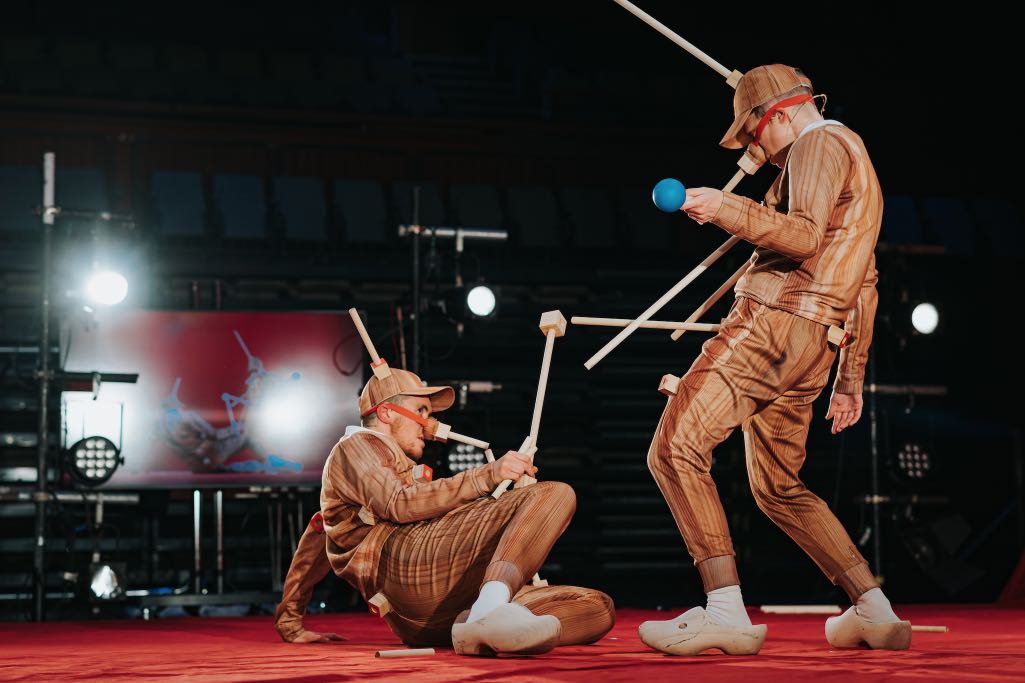 Join two artists on a fantastical journey through a real-life story as they make a new trans version of Pinocchio.

The work contains nudity. It places trans bodies in a range of imagined contexts including sexually explicit ones. It also talks about transphobia and the exploitation and fetishisation of trans bodies and narratives, which some audiences may find triggering. The work is humourous and playful in its tone.

Welcome to The Making of Pinocchio! – an up-close behind the scenes look at the quest to make Pinocchio the perfectly imperfect trans masc narrative of our times.

In a forest of real wood and fake wood, and real fake wood, and fake real wood, join the cast, crew and creators as they construct Pinocchio over and over again, shaking the boundaries between possible and impossible, reality and fantasy. Turning wood into flesh, boys into donkeys, and making that nose grow… the tricks of the trade will be revealed before your very eyes.

Artists and lovers Rosana Cade and Ivor MacAskill have been making The Making of Pinocchio since 2018, alongside and in response to Ivor’s gender transition. Glimpsed through a fictionalised making process, the artists’ real autobiographical experience meets the magical story of the little lying puppet who wants to be a real boy.

‚The wondrous trans tale of Pinocchio… A funny, clever and thoughtful two-hander, rich in playful imagery and direct-to-camera asides, about identity, definition and acceptance… The satire is gentle, but the politics are clear.’ The Guardian

‘The Making of Pinocchio is clever and absorbing, full of reflection and self-revelation, powerful visual imagery and movement.’ The Scotsman

Their collaboration is born from a shared love of subversive humour, experimentation with persona and text, playful theatricality, and the joy they find in improvising together. They also share a passion for LGBTQIA+ rights and culture. They create strange, full aesthetic worlds on stage, with unique sonic elements embedded into their work due to ongoing collaboration with sound artist and designer Yas Clarke.

They are both experienced facilitators and trained volunteers with LGBT Youth (Glasgow). They are currently in the process of setting up a co-operative to open a new LGBTQIA+ secondhand shop / community space in Glasgow.